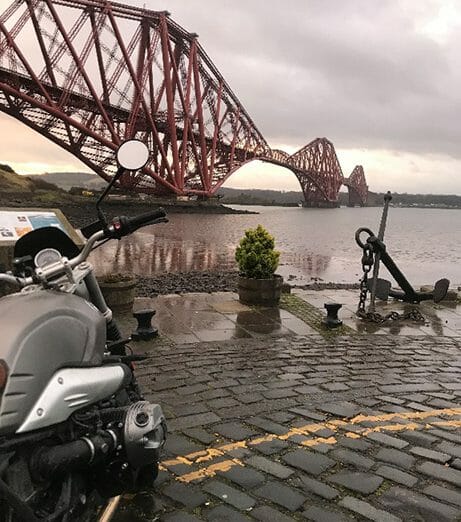 I took a long trip from the south-west to Dundee last weekend to join the Scottish members of the Arboricultural Association to talk about tree statics and the static load test at their Winter Annual General Meeting hosted at the Wildlife Centre at Camperdown Country Park. This turned out to be a bit of a trek in January on two wheels, in winter weather that was not the most conducive to riding a motorcycle! 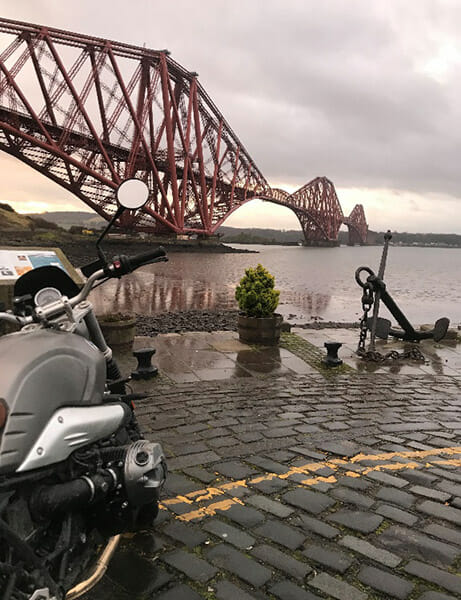 Thank you to Nick Porter and Chris Simpson for the invitation, and to those who attended the day for making it a stimulating one. It was an unusual experience to deliver a presentation occasionally interrupted by what sounded like whooping gibbons, but turned out to have been vocal lemurs; residents of the wildlife centre next to the seminar room.

An hour and a half slot to deliver a presentation on tree statics, the static load test and crown reductions seemed to be a luxury and allowed for questions throughout…which inevitably resulted in me running out of time. Thank you to those who attended, for the probing and thought-provoking questions and for the welcoming and positive atmosphere. It was a pleasure to spend the day with you. Hopefully the AA members in Scotland will already be confidently using TreeCalc to show that trees really don’t need to be pruned, even when they have significant defects. We look forward to demonstrating the static load test…preferably in the summer!

A *.pdf version of the presentation can be downloaded from here:

Or through this link

It seemed to me that a similar message from Duncan Slater followed my presentation; that tree forks often aren’t a cause for concern but are generally strong and well-adapted unions. The same issue with the distinction between strength and safety factor are evident in the history of research on branch unions. Proponents of tree statics will certainly sympathise with Duncan’s struggle to try to correct the divergence between widely held rules of thumb and reality when it comes to the significance of tight forks and the associated adaptive growth.

The day was concluded with a touching tribute to Eric Hamilton and the planting of a commemorative tree at Camperdown Country Park. Eric was an important and influential member of Scottish branch of the Arboricultural Association, and it was clear that he will be sorely missed by all.