The Elephant Park regeneration scheme, on the site of the former Heygate Estate is being developed within a site that contained 406 mainly mature trees which were valued by the local community and were growing among condemned buildings.

A CAVAT assessment of each tree, carried out in 2010/11 generated a value for the whole population of over £12.5m. The final design retained 123 trees and removed 283 trees with a combined value of approx. £5.6m.

It is not practicable to immediately replace the value and impact of removed mature trees, however we were able to model the CAVAT value that the original tree population would have reached by 2025, the Project Completion date and calculated that demonstrated how many trees would need to be planted on and off site to replace that value +5%. This commitment from the developer of CAVAT +5% by Project Completion was incorporated into the Section 106 agreement for the development at Outline Planning.

This approach has benefited all parties:

The Community have had over 900 trees planted in local streets and open spaces and over 380 trees proposed for planting within the development.

The Local Authority have benefited from tree planting on their land, benefiting by having a tangible, financially based agreement against which any future tree removals can be mitigated transparently.

The Developer has benefited by having a financially based system for calculating the cost of tree removal, which includes the cost of purchase, planting and aftercare of sufficient trees to replace the CAVAT value +5% by project completion, with which Design Managers who are tasked with delivering the original vision of the project can communicate with clarity with Construction Managers who must prioritise safety, budget and program. The Construction Managers are then able to realistically weigh up the costs and benefits of a decision that will impact trees. The developer also has a clear framework on which to base negotiations with the Local Authority.

The application of CAVAT as a key part of the Section 106 agreemnet has helped enable innovative design and construction. Additional trees have been retained and planted within the development and over 900 trees have been planted to benefit the community for many years to come. 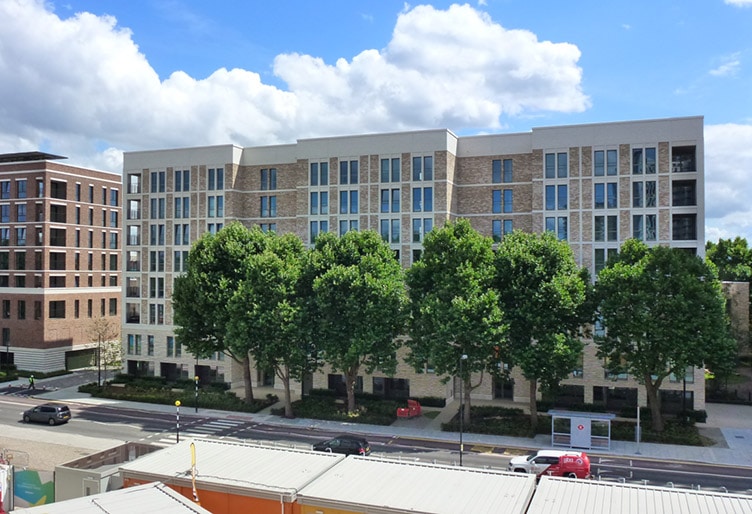