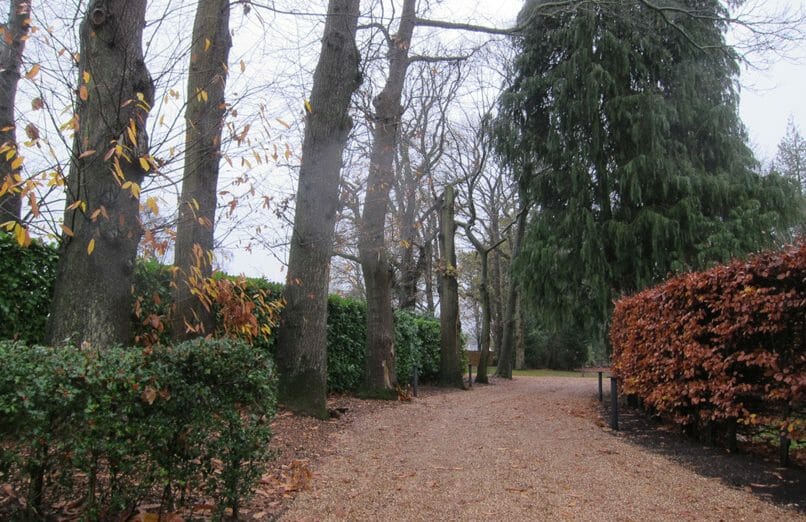 Exposing roots to identify disturbance, severance or decay has always been an imperfect approach to determining the stability of a tree. We have found that the static load test provides the answers that soil excavations and visual observations fail to deliver – clear and definitive guidance on the most appropriate management for a tree with suspected root damage.

During a static load test, we monitor the reaction of the tree to a known test load and compare this reaction to a threshold load that we would like the tree to be able to withstand during a storm event. Each test result is presented as safety factor, a simple expression of how much load a structure can support compared with what it needs support; for trees that basically means strong winds.

One of our recent projects highlighted just how effective the static load test is at picking out trees with compromised root stability following construction.

We were contacted for advice by Ross Fountain, manager at Reeves Arboricultural Services http://www.reevesarbservices.com, to help him to advise his client on the potential for damage to trees during the re-orientation of the main access driveway in a recent house restoration project.

Ross identified 7 trees that were immediately adjacent to the driveway that he considered most likely to have had large roots severed during construction.

Plan showing those trees identified as being most likely to have had roots severed during the driveway installation. 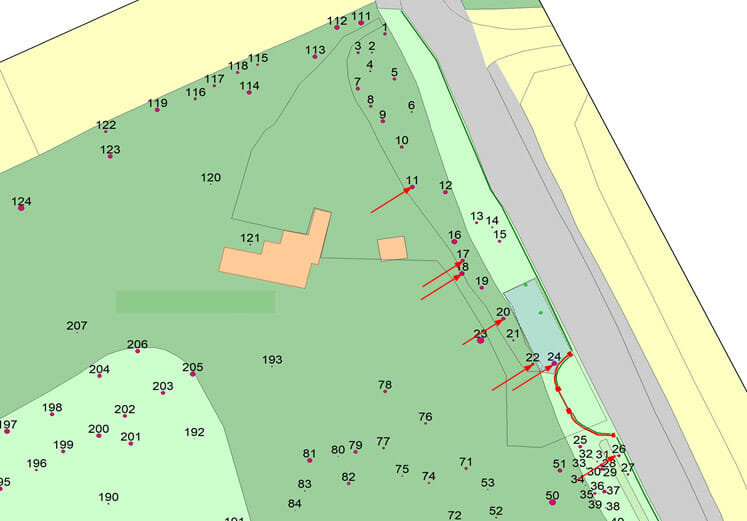 We undertook static load tests over several days, and most of the trees tested were shown to either have unaffected root stability or, where root stability was reduced, residual safety factors that were sufficient to allow confident retention. This is what we tend to find following physical root severance.

However, the final tree tested (T20) was a surprise. There was nothing to suggest that this tree was any more or less affected by the excavations than the other trees chosen by Ross for investigation. When we applied a load, the limits of root plate inclination allowed during the test were reached within seconds, very dramatically and with a very small test load! 0.25ᵒ was achieved with a test load of only 4.0 kN (less than half a ton). We excavated with hand tools and found that the very high reactions to such a small load were due to the severance of a large woody root close to the base of the tree. 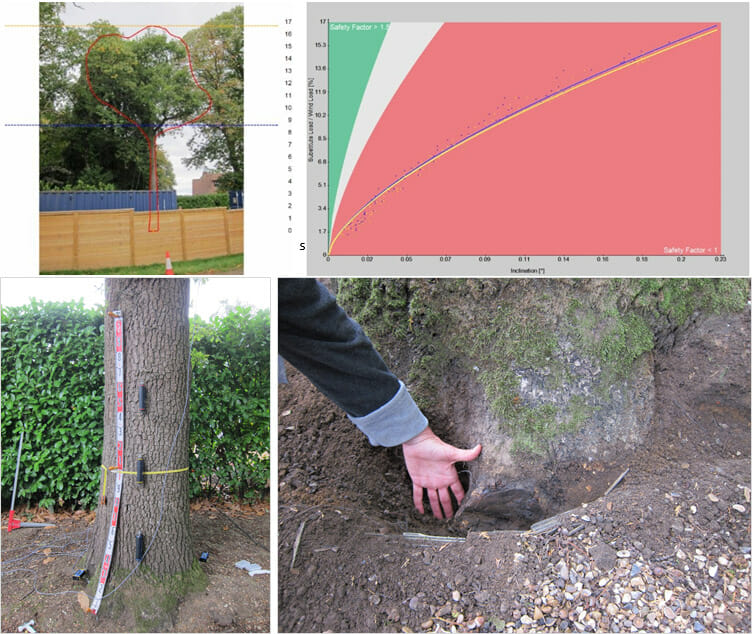 Elastometers and inclinometers placed on T20 (oak) during a static load test with subsequent excavations showing the severed root that caused the extremely high root plate inclination during the tests.

Our experience with the static load test shows very clearly that large woody roots need to be severed very close to the base of the tree before stability is significantly compromised. Of course, this conclusion does not mean that root damage has no negative consequences for tree health, nor does it preclude a subsequent loss of stability from decay following root severance.

It is reassuring to know that we have the ability to offer our clients the very best advice available when it comes to root stability issues.