Prestigious award for our work to support landmark scheme 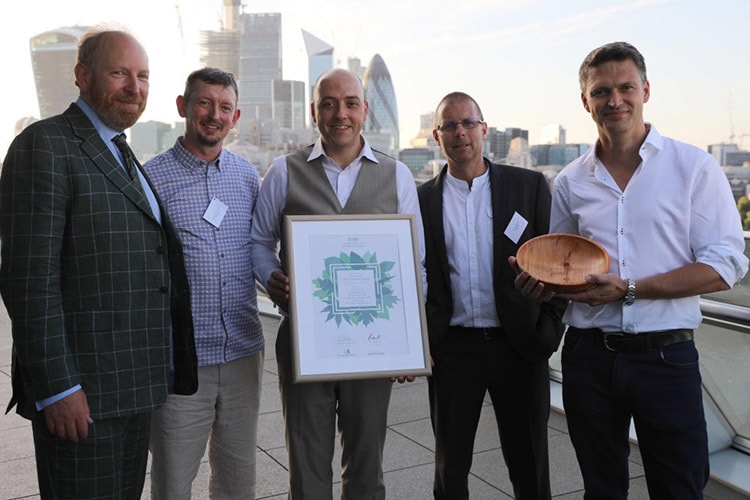 This week we won a prestigious Forestry Commission award which recognised the contribution Treework Environmental Practice has made to one of the most ambitious regeneration projects to be undertaken in London in recent history.

The London Tree and Woodlands Awards, which are presented by the Forestry Commission and the Mayor of London, recognise excellence in the field of trees and woodlands in London took place on Tuesday July 10 and saw Treework win the Trees & Development Award with our client, Lendlease and Southwark Council (the regeneration partner) for the Trafalgar Place phase of the Elephant Park regeneration project in Elephant & Castle.

The category celebrates the importance of integrating trees into developments, and the variety of roles trees can play including, for example, sustainable urban drainage, traffic calming, and regeneration.

The Elephant Park Regeneration programme aims to achieve significant positive change in the landscape of an iconic part of Central London, providing around 3,000 homes, 50 new shops, and a 2 acre new park, the largest new green space in central London for 70 years. 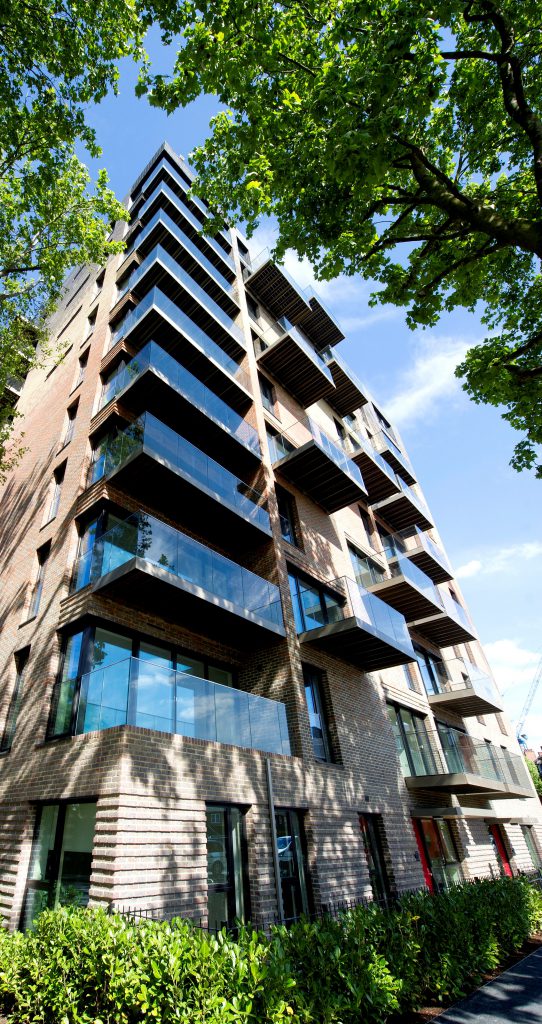 The £3bn regeneration of the area is being led by Australian-based multinational construction and infrastructure company Lendlease and is due to complete by 2025.

Sustainability is at the heart of the principles that have driven the project, and the aim is for it to be the UK’s first Climate Positive development when complete in 2025. Trees are a fundamental part of that vision, with the overall vision being to create quality homes within an open and mature landscape defined by its trees.

With that vision as the backdrop and community input being a key part of the evolution of the development, Treework Environmental Practice was asked to provide technical support and guidance.

What followed was an extensive and ambitious tree strategy which retained more than 140 mature trees, followed by the planting of over 1300 trees across the development and in the surrounding area.

The collaboration between Lendlease and Treework ensured mature trees could be retained throughout construction and then be allowed to thrive following project completion.

Treework worked closely with the Masterplanning team to set the framework and strategies for delivering the on environmental vision and supporting Lendlease to achieve outline planning for the scheme. This included modelling the increase in the Capital Asset Value (CAVAT) of the existing trees up to 2025 to inform the number of trees that would be needed to be planted to replace that value plus 5% by the time that the project is completed.

Within the context of major demolition, construction, infrastructure and landscaping works, Treework have been engaged with detailed design, construction and landscape teams to support the discharge of reserved matters and S106 commitments and ensure that the vision is delivered in practical terms.

The award has been granted for the first phase of the project, Trafalgar Place, which was completed in 2015. this reflected much of the rest of the Elephant Park site in that it was a very constrained site where 235 new homes would have to be accommodated where there had previously been only 104.

The challenge, then, was hardly insignificant. It required the collaborating team to gather evidence, using ground penetrating radar to identify where tree roots were located. There was also a need to share knowledge and adjust infrastructure, design and logistical processes during construction so that retention and integration of trees could succeed.

In practice, this meant trees could be retained close to and in harmony with large buildings.

The design retained the 25 best quality trees out of 30 trees and boundaries of development were opened up so the trees, previously enclosed behind walls, were freed into the public realm.

As part of the scheme Treework advised on specifying tree surgery that reduced trees sufficiently to enable construction to proceed and ensured that the trees and buildings were positioned harmoniously, while delivering Southwark Council’s desire to maintain as natural-as-possible tree crown form.

Timber from ten trees that were removed was used for public art that is now located in the development, and also to facilitate public carving workshops.

The site has won several awards and was nominated for RIBA Stirling Prize which, unusually, sited the landscape as a contributing factor in its consideration.

Since completion in 2015, a tree management strategy has been followed, including annual inspections by an arboricultural consultant and both planted and retained trees are thriving with vigorous incremental growth of stems and branch extension.

The urban vision is literally living and growing.