The Royal Oak sits within the grounds of Boscobel House, a timber framed hunting lodge in Shropshire, now
under the stewardship of English Heritage. It was the then-owner, John Giffard of Whiteladies, who famously
hid the fleeing King Charles II in the branches of the tree after a heavy defeat at Worcester in, what turned
out to be, the final conflict of the Civil War in September 1651.

In truth, the tree is ‘daughter of Royal Oak’ as the original was plundered and eventually killed by souvenir
hunters. It is the last and younger remaining of two trees that seeded within the protective wall of the site;
its older sibling suffering a similar fate to the original.

Charles II was eventually responsible for the Restoration of the Monarchy in 1658, following almost a decade
of rule by ‘Lord Protector’ Oliver Cromwell. It was the King’s popularity with his people that saw the Royal
Oak given such legendary status.

Whilst there is plenty more to write about Charles II’s ‘colourful’ reign, it is the preservation of the tree – now
considered to be at least 250 years old – that is of interest.

The tree stands in a field currently laid to pasture which, until recently, had been arable. It is protected by
iron railings, installed in 1817 (which replaced the original protective wall), with furthermore recent
additional fencing to keep visitors safely away from its rooting area. 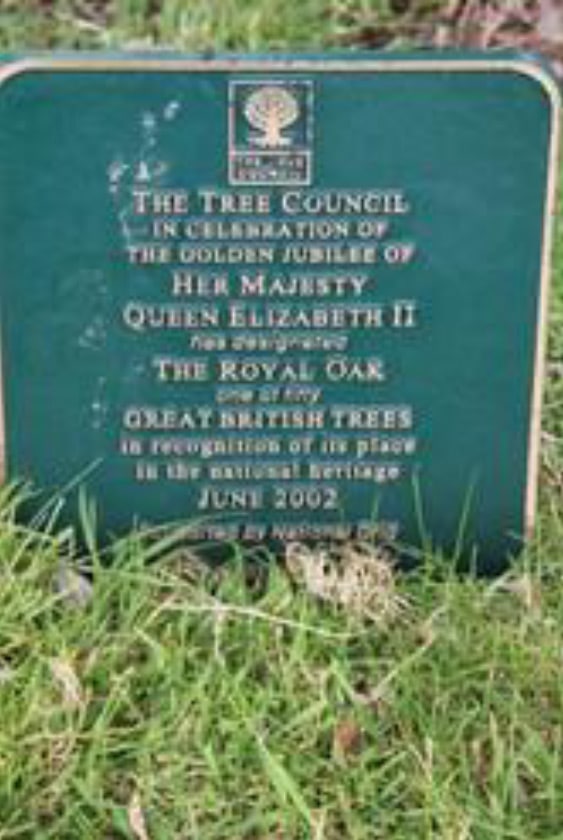 With English Heritage concerned for the tree’s health and the safety of visitors, the organisation sought the
services of Chartered Arboriculturist, Neville Fay, Principal Consultant at Treework Environmental Practice
who is hugely experienced in veteran trees.

Neville first inspected the Royal Oak in early 2011 and was commissioned to assess its viability following a
significant storm in September 2010 which caused serious structural damage. The tree had been previously
struck by lightning during the summer of 2001, with severe consequences, causing a substantial section of
the crown to tear away and fall. The lightning strike damaged the upper trunk and led to the death of the
south facing side of the main stem, causing the root system on this aspect to atrophy.

The 2010 storm resulted in additional damage to an already vulnerable trunk and crown, raising concern for
the risk of further breakage. The tree had been subject to post-storm emergency remedial tree surgery,
including circumferential bracing of the hollow trunk. Given the tree’s recent history of losing parts of the
crown, in addition to structural concerns regarding further collapse, there were also concerns that additional
wounding and loss of foliar cover would compromise the longevity of the Royal Oak.

Neville explains: “My appraisal considered the tree from the point of view of its structural and physiological
condition, with a view to exploring restorative and conservation options. The initial inspection considered
whether the residual crown was sufficient to sustain the tree during its recovery phase following the recent
damage, and the prospects for the mechanical state of the trunk and the crown framework.”

“In this context, options were considered to reduce the risks of further failure in the short term and the
potential in the longer term to enhance the tree’s mechanical and physiological condition.” 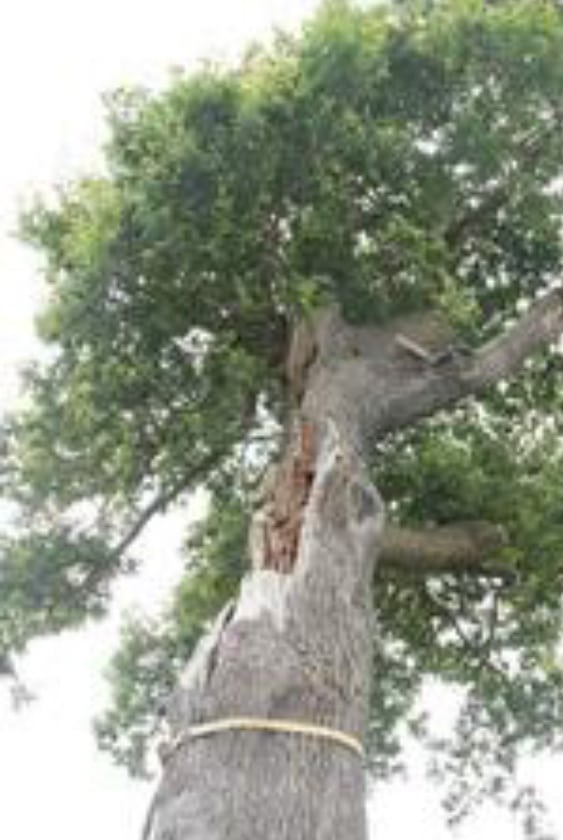 “A key issue was, therefore, given the uncertainty about the structural condition of the tree, what
appropriate means of intervention might be used during its recovery period, including further specialist
pruning and propping or other means of structural support.”.

Public safety issues were identified, and these were addressed during the initial phase of the project by
excluding the public from the area within potential falling distance of the tree, whilst still providing
reasonable visitor views. This was resolved by installing additional railings, with notices explaining the
situation, not only safeguarding the public but conferring benefits for the tree by reducing compaction of the
rooting environment from the public and from livestock.

Given the prestige and significance of the tree, the detailed condition assessment recommended that
investment in its retention would be desirable, subject to evaluating appropriate measures to sustain and
restore its condition in the longer term.

The feasibility of constructing a prop support arrangement was explored in detail together with consulting
engineers to evaluate the tree’s load analysis, wood condition and, using laser-plotting techniques, to map
the trunk geometry. The unexpected conclusion was that installation of structural supports would not reduce
(and might even increase) risk of further trunk fracture.

The conclusion determined that resources would best be directed towards Conservation Arboriculture
measures to improve the health and vitality of the tree below and above ground.

Since 2012, a remedial programme has been underway involving a strategy to improve the ground
surrounding the tree in order to optimise rooting conditions. This has entailed soil analysis, on which has
been based treatment with woodchip mulch and compost tea.

The fencing has been upgraded to ensure the long-term permanent protection of the rooting environment by
separating the public and livestock from the tree. 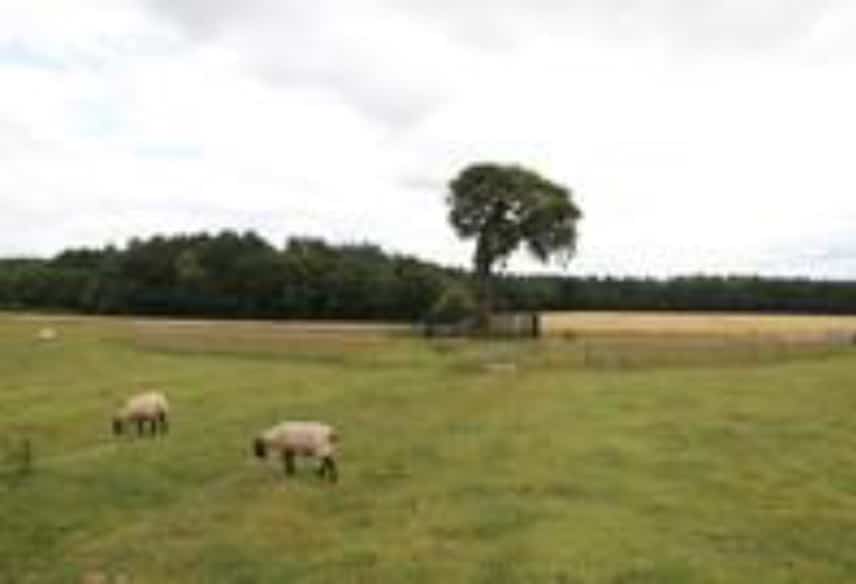 At the time the photos below were taken there had been five years of specialist detailed pruning to reduce
weight on specific branches whilst stimulating new growth in the lower canopy. This strategy is intended to
create a future, more compact crown.

The history of the monumental Royal Oak will be secured for future generations by establishing and
managing young oak regenerated from the aged parent.

“In simple terms,” suggests Neville, “it is generally about putting together a robust arboriculture
management plan to safeguard the tree. This requires a long-term vision over several decades that take
account of its welfare and structural safety. Such a plan will incorporate a number of operations that include
seeing the tree, its roots and the soil as integral; in this case, through maintaining a healthy canopy and
managing the ground conditions around the tree.” 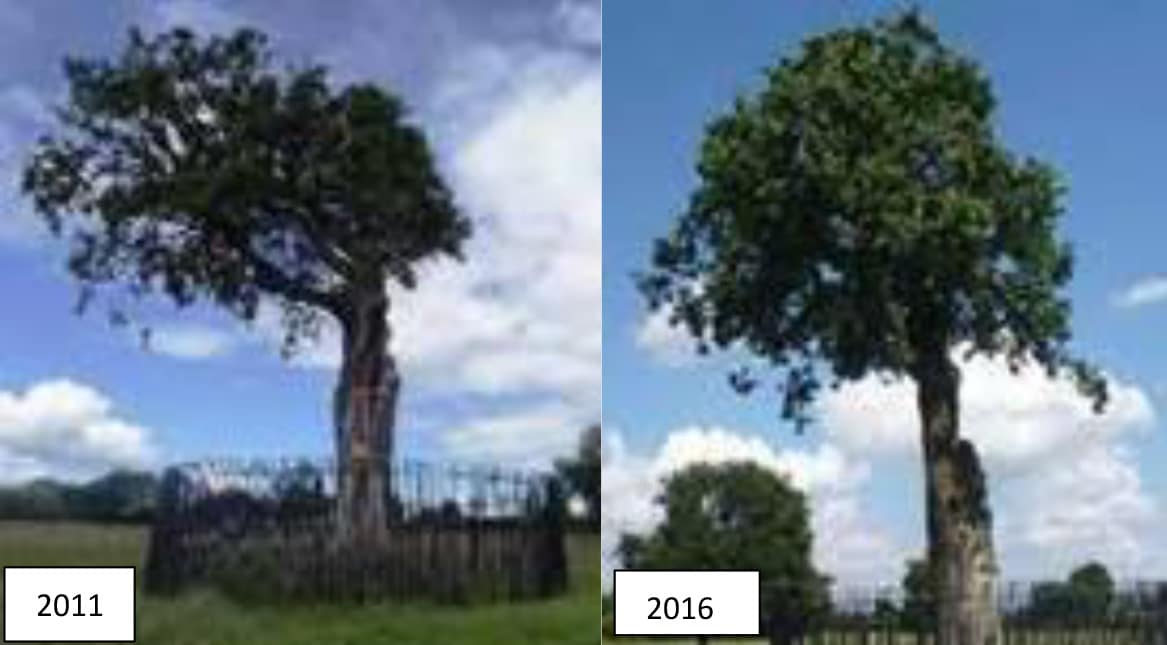