A Visit to the Chelsea Flower Show

The famous Chelsea Flower Show that started back in 1912 has been held for the first time this year in the month of September. Due to COVID, the decision was made to delay this year until the autumn, and it did not disappoint. Some of the Treework Environmental Practice team were fortunate enough to attend the show on a glorious sunny day by invitation by the Sustainable Soils Alliance (SSA).

Accounts Manager Rachael Fay said: ‘It was a privilege to be able to attend the Chelsea Flower Show this year. The arrangements and gardens were beautiful, and it was lovely to see a more autumnal style. There was such a great atmosphere at the show and you could really see how happy everyone was to be in attendance. There were a few things that really stood out to me, such as the number of displays representing sustainability. The presence of wild flowers and a meadow feel, really made it feel like the wild had been brought to the city. I also noticed that there was a lot of Rudbeckia flowers used in the displays, which looked amazing and are my personal favourite. 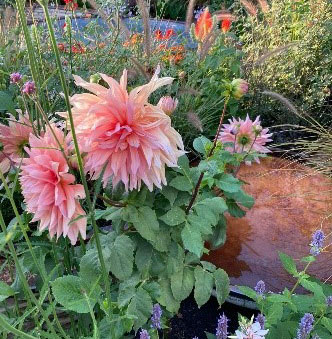 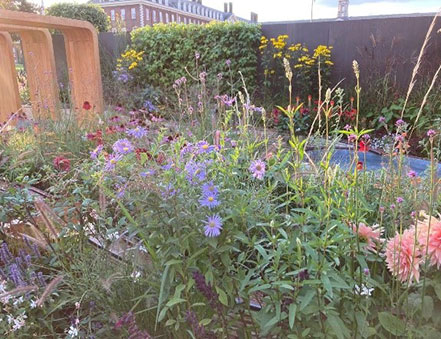 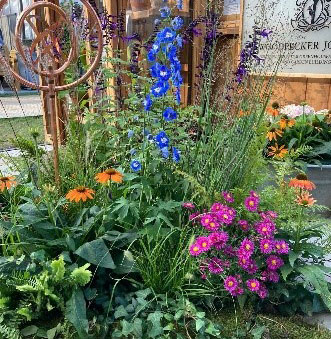 On behalf of everyone at Treework, I would also like to say a huge congratulation to Yeo Valley for winning the gold award with their amazing display. The garden was beautifully thought out. There was a winding feel to it as the path and water feature crept through the beautiful flower arrangements, set out of various levels and the earthy scent coming from the blocks of bio-char tree stems gave it another dimension. It was a tough competition as all competitors produced outstanding displays. It was a real treat to see them all. 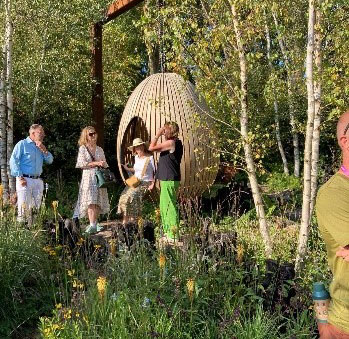 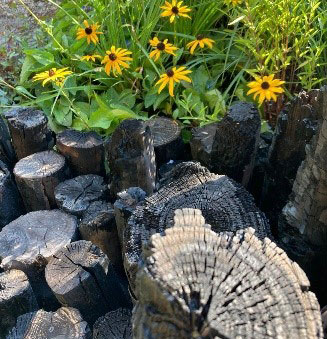 There were some inspiring tributes to the NHS including the ‘Finding Our Way – An NHS Tribute Garden’. This was to honor the NHS staff that have fought and continue to fight the NHS COVID battle in the UK. It was designed as a water feature, where there were shallow rills running the length of the garden, linking small pools that then joined together to one larger pool representing unity and coming together. There was also a wall tribute with kind messages dedicated to NHS staff. 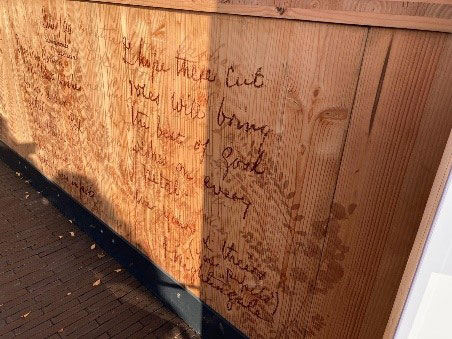 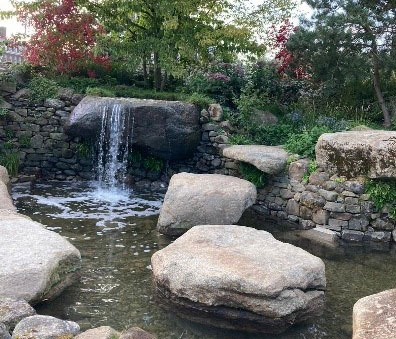 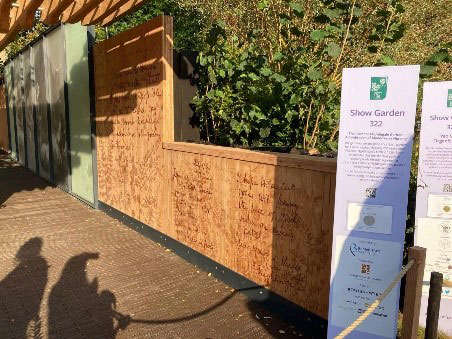