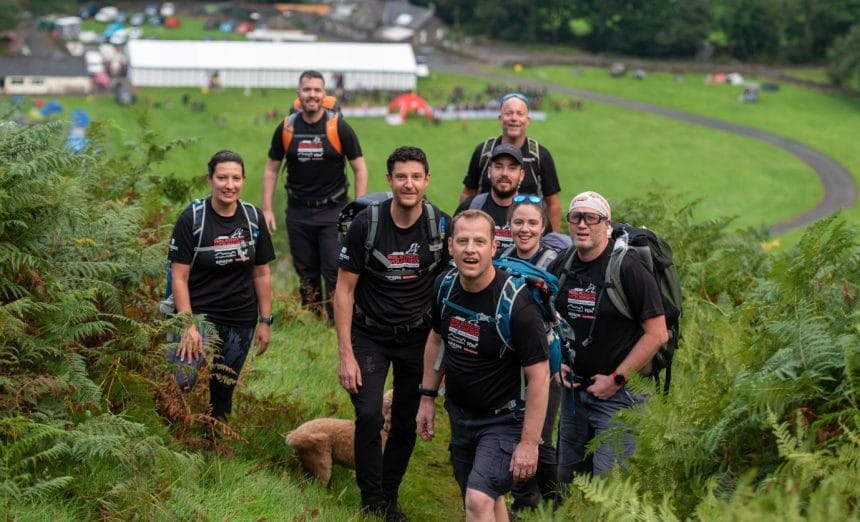 Walking with the Wounded – Simon Parfey

Last month I was fortunate enough to participate in the annual Walking with the Wounded event called the Cumbrian challenge. Unfortunately, the event had been delayed twice previously due to lockdown in 2020. So it was all the more pleasurable to head to the great outdoors and join a passionate bunch of people and my fantastic teammates to stretch our legs in one of the most beautiful spots in England – Grasmere in the Lake District. After some minor shenanigans the night before (concerning my sleeping arrangements and lack of a sleeping bag), we headed off bright and breezy the following morning at 7:15 AM. The expectation was that there would be a full day of walking, and it would be as much of a mental challenge as a physical one. 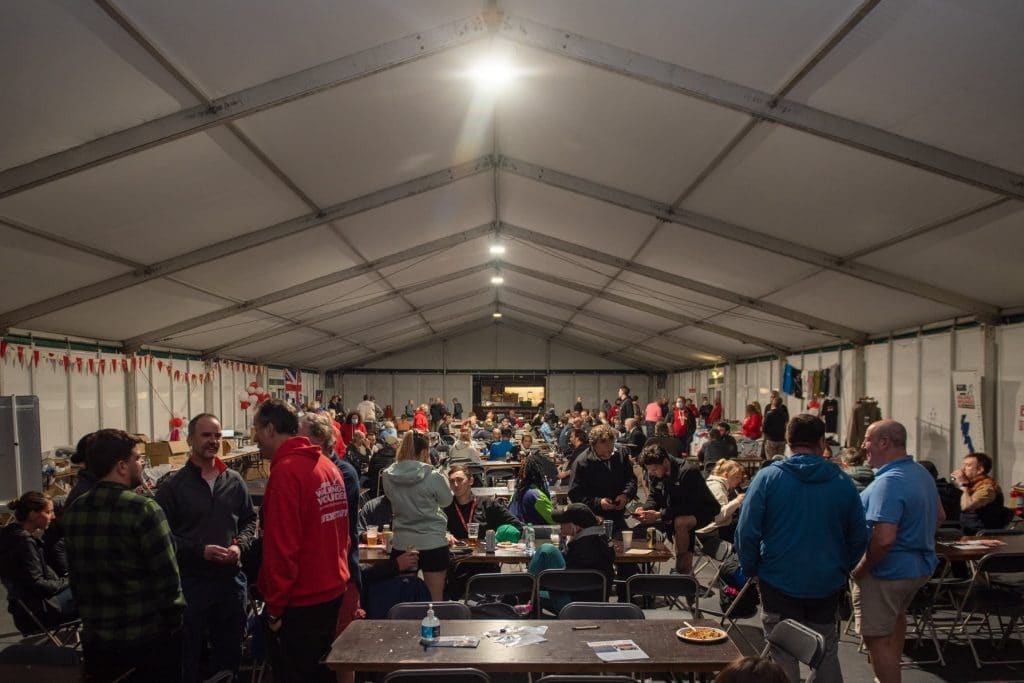 Well, I’m delighted to report that it pretty much lived up to expectations! The trek started with an almost 1000-foot vertical ascent within about 300 yards of the start line! We were immediately into the hills for the start of the ‘Tougher’ 18-mile route. This climb was only the first of many brutal vertical ascents. 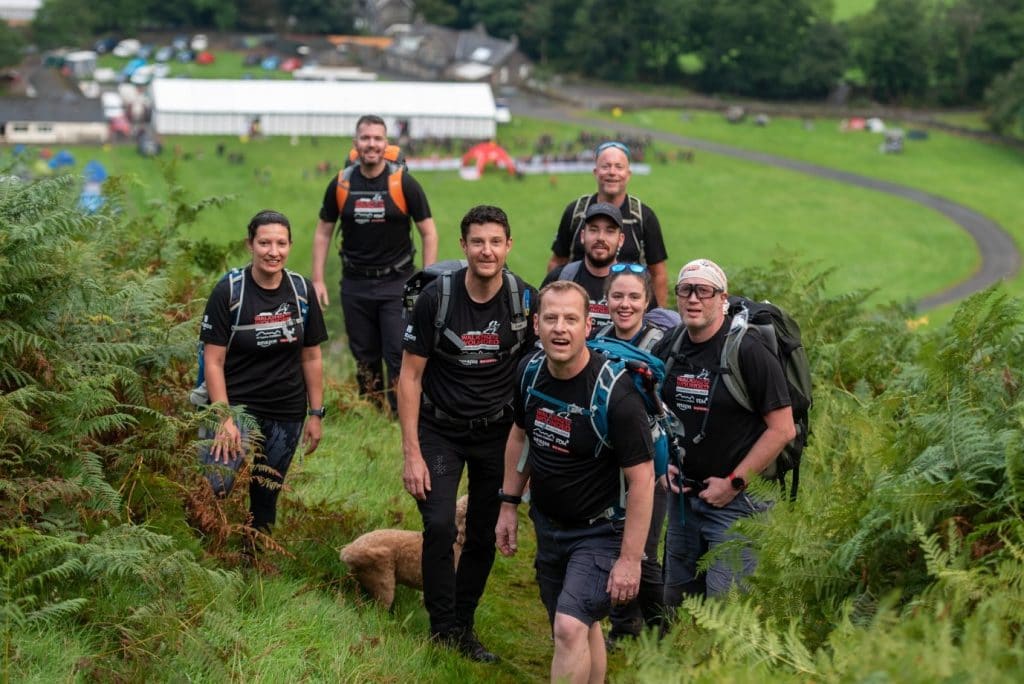 As we reached the first summit, the rain and mist closed in. So T-shirts were promptly layered up with waterproof jackets, downing the mood temporarily as everyone plunged into their hooded world. The slight downturn in attitude did not last for long, however.  Shortly after passing the second checkpoint, we descended halfway down the side of a cliff.  Then, there was a sombre realisation that we had got lost in the mist and gone off track and would need to climb back up.  This navigational error bought in an air of determination and solidarity amongst our team.  Just as well – we were at this point significantly behind on our timings.

Given that we were doing the longest, more challenging route that day, we had to reach certain checkpoints around the course by cut off times to ensure that we were off the hills by a safe time. Getting stuck at what was affectionately referred to as the ‘Hillary Step’, in zero visibility, with an 80 mile per hour wind, therefore, didn’t little to help matters. But we pushed on through, and as we did so, the sun pushed through the clouds falling on one of the most picturesque landscapes I have seen in quite some time.

We started to make excellent time and claw back some of what we had lost in the early stages of the trek. The most significant gain came on the flatter sections, at the halfway point. We enjoyed some beautiful old woodland and walking across wonderfully flat farming fields. The route had altered motives and took us straight to the bottom of the most considerable and punishing ascent of the day. 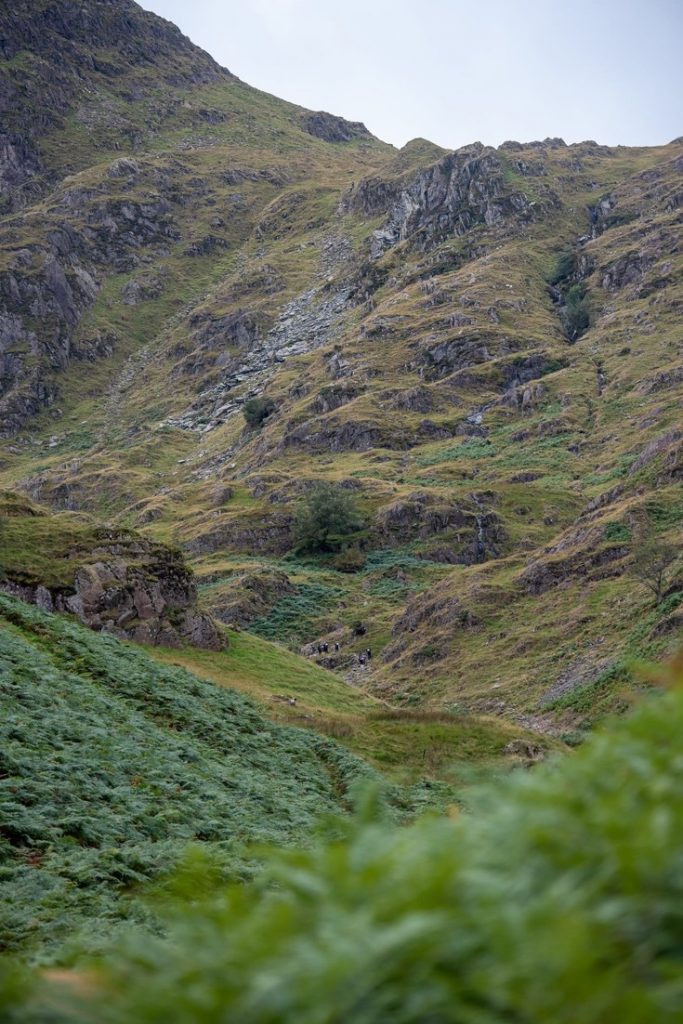 But morale was good throughout, which meant that we never spent too much time in ‘those dark places ‘that you find yourself in when you question why you are doing something.

As we reached the closing stages over our long walk, however, it increasingly became a mind game as to how much further there was to go. The legs began to tire quite rapidly as the tenth hour on the hills came and went. I discovered pain in my kneecaps that I didn’t know existed as steep downhills over treacherous terrain paved the way to the finish line. Add to this the frustration as the words “Not much further to go” and “You’re nearly there” became commonplace from the marshals at the last four of five checkpoints. “How much further exactly?” 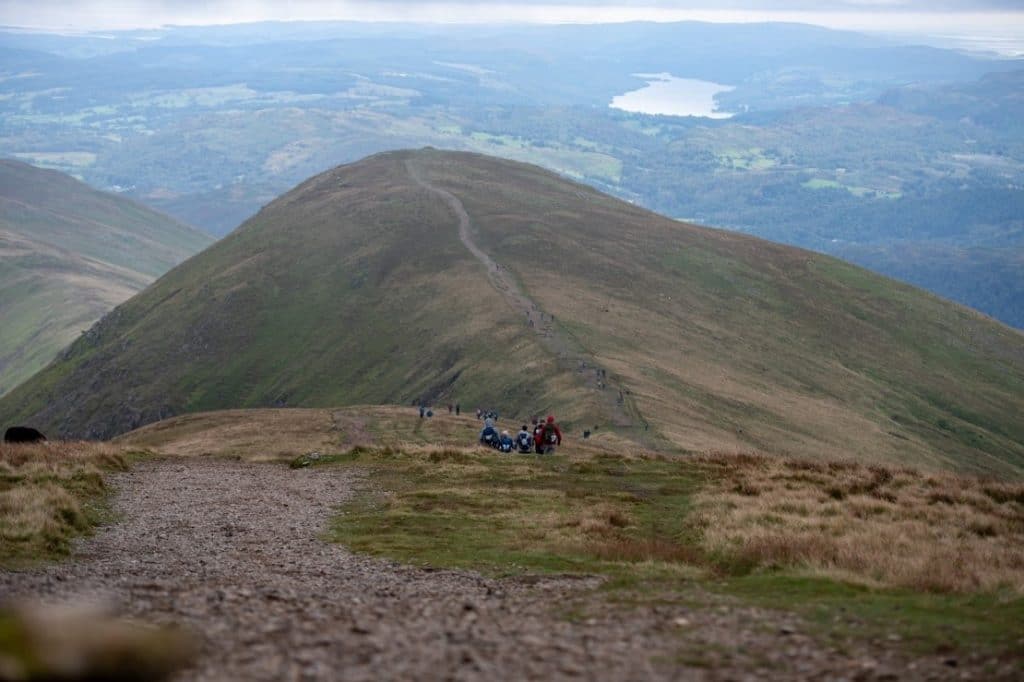 But soon, the finish line was in sight, albeit around 2 miles away and 1500 feet below us.  We took a deep breath and pressed on and downwards, heading back into the valley where we began about 12 1/2 hours earlier. It was terrific to be applauded and shouted words of encouragement as we crossed the finish line together. We covered 19 miles and an elevation gain of more than 2200 meters, though, in the end, it was the downhill sections on tired legs that took a tremendous toll. Also, I am thrilled to report that I did not get a single blister due to the most fantastic sock and boot combination and excellent foot management.

I feel very blessed to have spent time with many different people. It was great getting to know my teammates in the most fabulous surroundings whilst raising awareness (and money) for such a great cause. 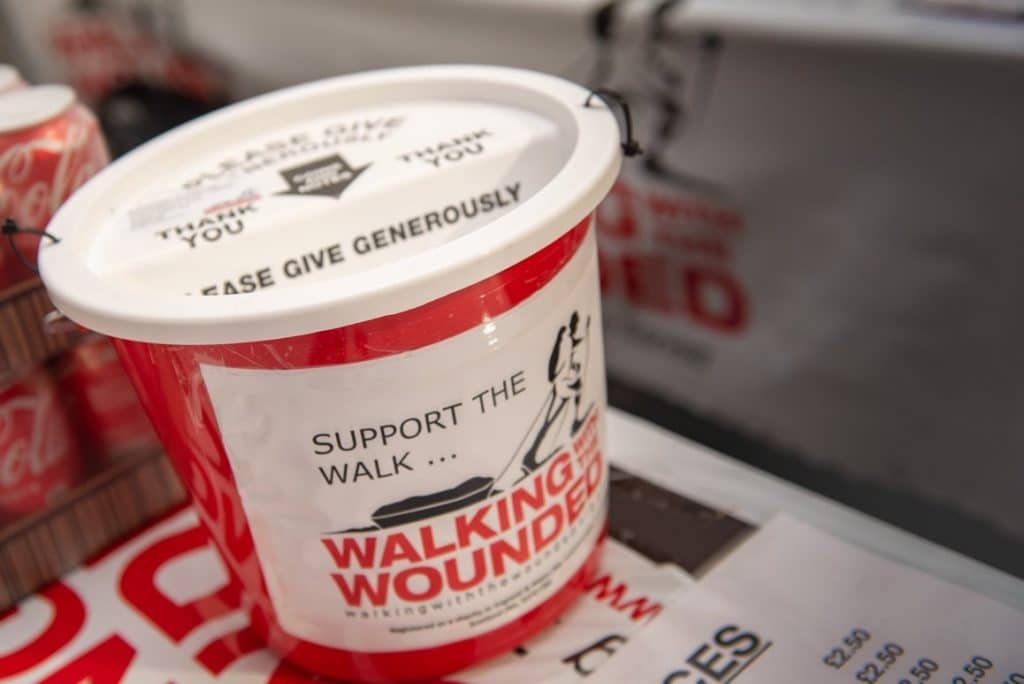 If you haven’t already, there is still time to donate, which you can do through my sponsor page here:

0117 244 0012
We use cookies to give you the best possible experience on our website. By continuing to browse this site, you give consent for cookies to be used.AcceptRead more